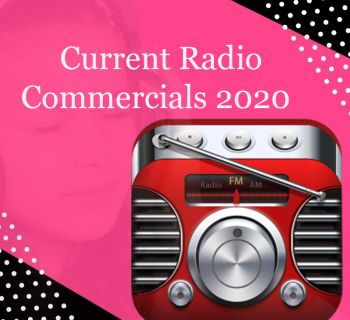 A revolution in the air waves

So what’s all the noise about on the radio? If you’ve been paying attention to Current Radio Commercials 2020, you will have realised your favourite station is part of a new movement.

Nothing to do with the “me too” movement, Commercial Radio Australia is embarking on an ambitious marketing program under the title “Radio Alive”.

In a nutshell, the boffins at Commercial Radio Australia, want to convince listeners that radio, both the AM and FM varieties are the quick fix to flagging sales and faltering brands.

To cite their own publicity blurbs “ The Radio Alive campaign is aimed at creating a perceptual shift in the minds of marketers, agencies and business owners – that radio is capable of growing brands”

It’s a mouthful for a positioning statement. But typical. In recent decades radio writers have struggled with over-written scripts.

The art of copywriting demands an economy of words. It’s a skill that we will surely see revived in Current Radio Commercials 2020.

Even some (not all) of the commercials promoting the “Radio Alive” theme tend to be a tad wordy. I say not all because in Phase 2 the quick-fix element of radio is reinforced with a rapid-fire mix of voice and sound effects.

More than a clever gimmick, those ads pay homage to Canadian philosopher Marshall McLuhan. In his book Understanding Media, McLuhan introduced the phrase “The medium is the message.”

So the wheel turns

It was September 16th 1956 when Bruce Gyngell uttered the words “Good Evening and welcome to television”. For a long time radio was herded into the background.

But the days of playing second fiddle in the broadcast arena are evaporating thanks in part to the arrogance and ignorance of over-paid television Boards.

Television was slow to move when the digital revolution began eroding audiences. The internet caught them napping. Now they are playing catch-up.

Now the “Radio Alive” campaign throws down a fresh challenge in the competition for a bigger slice of sponsors’ advertising budgets.

It’s a whole new game-driven at breakneck speed and heard kicking and screaming into life in Current Radio Commercials 2020.

Behind many of the best commercials, you will be hearing the superb production techniques and professional male and female voice over artists from Media Group, the business audio specialists.

If you’re preparing to join the “Radio Alive” push you’ll need to hire the best voice artists. Hear them all on-line right now at www.mediagroup.com.au