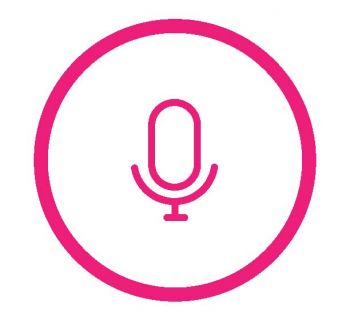 ‘Female Talent 11’…she has a voice that’s as warm as a Hot Cross Bun, she often gets picked to voice for cosmetic brands and high end luxury cars.

This talent has been with Media Group for the past four years, and we have found that her voice matches her attitude…relaxed and a joy to deal with!

We recently caught up with legs 11 and asked her a few questions about her voiceover career.

It goes back a very long way.  As a youngster I used my tape recorder to "re voice" ads from TV and radio, just for fun.   Cut to 30 years later and I started working in community radio, then commercial radio as a writer, but when offered the chance to do voice overs as well, of course I jumped at it.  It soon became my favourite part of the job.

Most of my life, lol, but professionally since 2007 and as a freelance with my own business, since 2013.

I like to think I give my all to every voice over, so I hope every single one of them.

It was an on hold message for a training group, my first as a freelance vo, invoice number 0001, I was pretty chuffed.

Obviously not the first voicover I ever did, but when you work in radio, doing voiceovers is just an extra thing you do above and beyond the job you're employed to do.

Aha, those never get to see the light of day, I listen to them, hit delete and record again!

I must confess that I don't own a TV.

I have done a few audio dramas and I always seem to be cast as a baddie and I have to say I enjoy it.   There's a lot you can do with an evil, mad, bad and power hungry character.   Having said that, I reckon doing any animated character would be a great challenge and a lot of fun.

Female Talent 11  is available 9am-5pm weekdays. Contact us to book her now.