Types Of Voice Over Styles 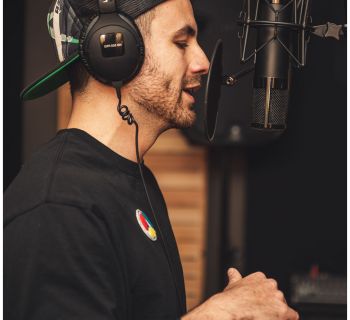 A style of your choosing

As a shower of confetti cascades past the blushing bride, who among us is capable of identifying the individual colours of those little specks.

Not I that’s for certain. I have enough trouble distinguishing red from green. In fact most onlookers would struggle to pick any particular colour amid the rainbow shower of celebratory confetti.

It’s much the same when we examine the Types Of Voice Over Styles used across all media. There are obvious similarities in the styles of some voice over artists. But with the input of the parties usually involved in a recording, every read will have some individual quality.

In addition to the voice talent’s interpretation of the script every Producer, Director, Recording Engineer, and client will have their 5 cents worth.

I speak with authority on this subject having once recorded 42 takes of a one-word-script. The problem was exacerbated on several fronts. First an Aussie Voice Artist. Next, the Ad Agency’s Creative Director came from America. There was a Japanese client in the session and the recording engineer was Singaporean.

I defy any voice talent to pronounce the name “Daimaru” to the satisfaction of that group. It wasn’t only the pronunciation causing problems but also the differing Types Of Voice Over Styles requested by each member of the group.

Most voice-over styles fall into broad categories with names like “Hard Sell” or “Soft Sell”.  Those are self-explanatory. But difficulties arise when a script calls for a read that is vaguely described as a “Corporate” read”.

There is a fair range of difference between the tough he-man image of News Limited and the approachable perception we have of an organisation like Jenny Craig.

Other popular shorthand descriptions for a voice over include “Informative” or “Educational”. “One to One” or “Intimate”. As well as my fave “Tongue in cheek”.

In Australia when TV networks promote a program they predominately defer to a false gravitas style.  This is where the voice over has to try and pretend that “in this world” the upcoming program is of major importance, even if it’s just a bake-off!

Of course the style of voice over is a direct reflection of the brand or service being advertised. So it’s important to get it right.

When you’re looking for a particular style of voice you can always count on getting what you need at Media Group, the business audio specialists. Check the line-up. www.mediagroup.com.au