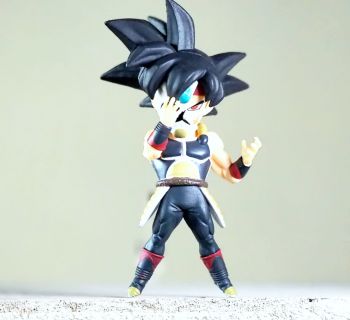 In the battle to improve the performance of their voicemail it’s proven popular for people to use Anime Voicemail Greetings.

This may have emerged because so many took online advice from voicemail experts who claimed entertaining voicemails solicited a better response.

I have no doubt they could quote chapter and verse of the guidelines to improve your voicemail, but I have serious concerns regarding the actual results of such action.

For a start let’s look at the origin of the term “anime”. The word is a Japanese bastardisation derived from the English word animation. It is an all-encompassing description for all types of animated work from Disney and Looney Tunes to the graphics on the weather channel.

The idea of having your voicemail feature the voice of an established anime character is one sure way to draw attention. But, like all areas of communication when the discussion becomes an intimate exchange between two parties then emotional interference is sure to play a part.

Put simply if you recognize the character in the Anime Voicemail Greetings all your preconceived opinions of that character will automatically be transferred to you as the owner of the voicemail.

So maybe Mickey’s good pal Goofy is not going to be the ideal choice for the voice heard speaking on your voicemail.

Goofy doesn’t come across as the sharpest choice in the animator’s pencil box. You will probably have to skip over a few more characters to avoid drawing a similar result.

I can’t imagine the Aussie animated character “Bluey” being any better choice.

So what about infamous animated voices like those from Fred Flintstone and his sidekick Barney Rubble. You might argue Bugs Bunny would be a better choice. Not for his distinctive speech patterns, but for his reputation as a resourceful and determined personality.

You can see where this is going. You have to be wary of choosing any anime voice. You need to be sure the anime character is one that will add impact and not detract from your reputation.

Also when you look at costing, you have to be sure you can find the anime voice you decide to use without paying for the original. You need to be able to source a “sound-alike’ at an affordable and practical solution.

Media Group, the business audio specialists has the best range of professional male and female voice artists. A great place to begin. www.mediagroup.com.au