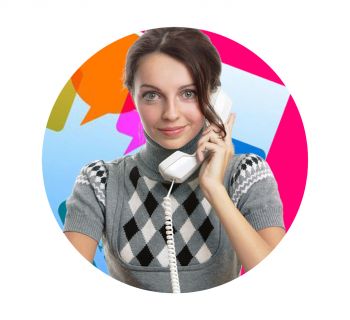 The human voice is a constant source of mystery, excitement and energy. Try and estimate how many voices you can recognize.

The number is probably irrelevant but the fact that we can hear just a snippet of a conversation and know instantly what state of mind the speaker is in, surely must hint at the hidden uniqueness of any voice.

We’ve grown accustomed to the rich and resonant voices advertisers keep using to push their products and services. If they find the voice they are using doesn’t quite fit the script, no problem.  The solution is to bring in another Dubbing Voice Artist.

Voice actors are a funny bunch of insecure beings constantly racked by doubt and feelings of inadequacy. When called to make a recording they constantly seek reassurance that they are doing the job to the satisfaction of all.

In fact they want more than being told the last take was OK. They hang on every word of the critique offered by the client, director, producer, sound engineer or anyone just hanging around the recording session.

The Dubbing Voice Artist, whether they be male or female, wants only to hear big fat juicy compliments. I’ve known voice over actors leave the session in tears because they have failed to deliver their best even after several takes.

Sometimes it has to be said the fault lies not with the voice talent but can be fully attributed to poor script writing or meaningless instructions from the person directing the recording.

I shudder when I hear a comment that tells the voice artist “that was OK but you can do better”!  Pity the poor talent. Better in what way?

So the unguided voice artist does another take, and waits for a response. More shuddering as the same or a similar bland advice is given “Good…OK, but I know you can do better”. The talent’s inner voice pleads. How?

Is the pace of the read correct? Let the voice talent know. Should the read be slower or faster, have more smile, fewer pauses, less/more emotion etc.

The professional voice over artist should be putty in the hands of the director. But if there’s no clear direction, chaos will reign.

Media Group, the business audio specialists, provide an immense choice in male and female professional voice artists. So you can always be sure of having the right voice for every script.

To listen to samples of the voice talent available head to www.mediagroup.com.au