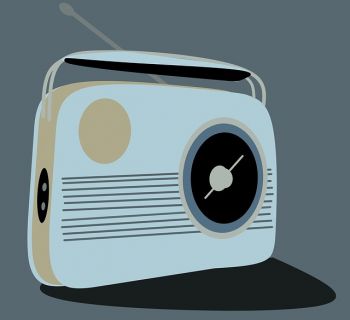 A distinctive voice can define your brand image

Radio is often described as the theatre of the mind. For over a century radio advertising has helped shape the identity of an endless number of products and services.

Today the power of radio might be threatened by the internet. However, It has already survived the invasion of television both monochrome and coloured versions and has outlasted the once insurmountable but now floundering print media.

Marketing gurus were quick to recognise how a brand can be associated with a particular voice. And so over decades, the medium has maintained an unquenchable appetite for Radio Voice Over Talent.

Radio continues to evolve and reinvent itself

In the early days, listeners mastered the art of the rotary tuner to stay in touch with crackle-ridden analogue broadcasts on the AM (Amplitude Modulation) wave band.

As wars devastated Europe, the Middle East, and Asia and Test Match cricket battles raged on the pitch at Lords Australians tuned into Short Wave broadcasts.

These days we enjoy the push-button convenience and crisp clear digital stereo sound of modern broadcasts on the FM (Frequency Modulation) band.

Along with technical improvements Radio Voice Over Talent progressed from the stiff upper lip, terribly-terribly British type to adopting the everyday vernacular of the 21st century.

In Australia radio bred stars who became household names. In the 40’s and 50’s we heard Roy Rene and Jack Davey. Through the 60’s Sydney’s 2SM elevated fast talking Ward “Pally” Austin to super-star status. Then came the rise of the man with the golden tonsils... Long John Laws was the voice pushing everything from fly spray to motor oil…”Valvoline. Know what I mean”

The voices keep on keeping on

One element remains constant on radio…the advertisers still rule. The early years saw the development of “Soapies”. A name derived from sponsors like Colgate Palmolive and detergent brands Rinso and Persil

In the 21st century, radio broadcasts are riddled with the various views of shock-jocks. These over-opinionated announcers like Ray Hadley and Alan Jones present non-stop commercials lightly disguised as talkback radio.

Meanwhile, brand managers looking to create groundbreaking advertising turn to the distinctive voice over talents available from Media Group, the business audio specialists. From the myriad choice on the books at Media Group you’ll find the right voice to project the image you desire for your product or service. To find what you seek head to www.mediagroup.com.au