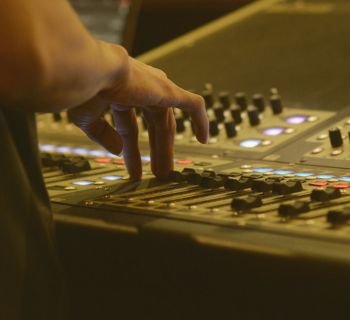 Have you got a voice that’s ready to work?

You might be one of those people who are often told “with your voice you should be doing ads.” I know how you feel because they tell me I have a great face for radio!!

The idea of doing freelance voice over work is appealing to many. It conjures up visions of dollars flowing into your bank account for merely bumping your gums. What a life! 60 seconds of speaking into the microphone and the rest of the day to soak up sun on the beach or punt a few dollars on the ponies.

Surely it can’t be called work!

If ever there was a misnomer the phrase freelance voice over work must rank up there with that other great oxymoron “army intelligence”.

It’s about now that those eking-out an existence as voice actors will be up in arms! They will claim they pursue their artistry with true vigour and effort. They’ll point out the actual short time spent in front of the microphone is testament only to the interminable hours they have endured refining and rehearsing their oratory acumen.

For every minute spent being paid to work as a voice over talent literally hundreds of un-paid hours have been invested in acting and elocution lessons; in learning microphone technique; in soul destroying auditions and fruitless and demeaning encounters with casting agents.

The difference between a nice voice and a professional voice artist.

These days every other person’s cousin or brother has a recording set up at home. So there are lots of voices around. The problem lies in the fact that most of these part-timers lack the professionalism you expect when you hire a voice artist.

Media Group, the business communications specialists have invested heavily over many years to build an enviable reputation as experts in the field of voice overs.

Today they provide the widest possible choice of professional male and female voices; all ages; all styles from Australia & NZ and the Pacific region to, Asia, Europe, and the USA.

When you need that special voice you can be sure the solution is at hand. Simply go to www.mediagroup.com.au

You’ll be able to audition samples from a huge range already uploaded. Or if you hit the contact button on the home page you can specify exactly what you have in mind.

Also, if you think you have what it takes to play a role in a world class stable of voice artists call Media Group on 1800 086 186.