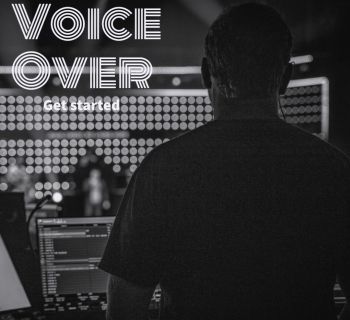 A voice to call your own

In the world of communications the voice you elect to use takes on a far greater role than you might at first realise. That voice can become a great influence on the way people perceive your products and services.

Today the choice of Voice Artists is considerably greater than in previous times. This is a natural evolution and part of the growing proliferation of media platforms. The digital era and the advent of social media is responsible for creating more and more opportunities for work in advertising, broadcasting and the new kid on the block, “narrowcasting”.

More chance for voices to rise above the pack

Not too many years back people identifying themselves as Voice Artists were a little out of the ordinary. They were mainly drawn from the theatre, film making, radio and television. Some may have come from a sports commentary background. Others emerged from the political arena or had developed a reputation hosting events as a Master of Ceremony or Emcee.

In the modern era everyman and his dog has the chance to get heard. Facebook and You Tube have launched instant “careers all over the world. These overnight success stories are today international bloggers and podcasters with followers numbering from a few handfuls to a few million.

The temptation is to leap on the bandwagon of their popularity and sign them up as a spokesperson for the brand.

The fact that some Voice Artists have achieved recognition through exposure on a screen or a stream does not mean they are automatically qualified as suitable candidates for your next publicity push.

A great many of these personalities will be loaded down with unwanted baggage. They may be aligned with extreme political views and be far from the norm in acceptable behaviour. They may have exhibited poor judgement in expressing personal opinions on race, culture or religion.

The risk also applies in the future. Once an identity has been publicly associated with your brand the damage they might do can far outweigh any benefit.

Scandal is not brand friendly

Pepsi may forever regret hiring king of pop Michael “Whacko” Jackson. Mel Gibson isn’t likely to be endorsing Nokia. Even as far back as the Roaring Twenties murder allegations against Fatty Arbuckle brought Hollywood under siege. However that didn’t stop Warner Bros. offering him a contract.

There’s an endless list of “A-listers” who blotted their copy books. George Michael “Zip me up before you go-go”. Trust British Paints? Not with Rolf Harris. Nike made the mistake of running with Oscar Pistorius and went down swinging with Tiger Woods.

Choose a voice professional not a part timer doing a voice

You can avoid all the celebrity endorsement pitfalls and popular podcaster problems by selecting your Voice Artists from Media Group, the business audio specialist.

Media Group offer the most comprehensive range of professional male and female voice over talent. All ages, all styles in English and most modern languages.

Plus before you invest a single cent you can audition samples of their work online from the comfort of the office. It’s the most risk free way to find the best voice for your next project.