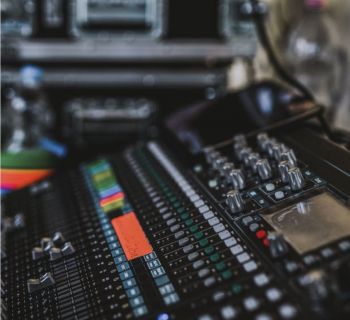 Talk your way into some money

Have you heard of a job where in a few seconds work your voice can earn hundreds of dollars?  It’s not Hollywood or Bollywood.

While devoid of movie-star glamour, the lucrative role referred to is that of doing voice overs for TV and radio advertising, corporate films, Youtube videos, e-learning projects, websites and telephone recordings.

The question you are probably pondering is how to become a voice over artist?

If you already know how to talk, you are well on the way to making a career out of working in front of a microphone. The problem is competition. Most of the people reading this will have that same ability. So everybody has a start.

From this point, you might have to learn to enunciate clearly. If you tend to skim over individual words or get a little lazy with words ending with “ing” you will have some polishing to do.

Professional studio microphones are extremely sensitive. It’s very easy to cause them overload and “pop” or distort. This is very true when we use a “plosive” sound like a “Q” or “K” and the worst offender, the letter “P”.

So when you are practicing how to become a voice over artist be sure to take care with the letter “P”. Tighten your lips and turn your head slightly to avoid driving the microphone too hard.

Try rehearsing by holding a lit candle in front of your lips while you recite “Peter Piper picked a peck of peppers” until you can do it without extinguishing the flame.

Now you need to record some voice overs on a demo

People will want to hear from you before they hire you. Get in touch with a proper recording studio and pay to have them record you reading some sample scripts. Mix in some background music just like a real production. Then start sending out copies to advertising agencies, film producers and studios. Keep at it.

You could try getting in with Media Group and join the professional male and female voice over artists on their books. Go to www.mediagroup.com.au