What Does Voice Over Do? 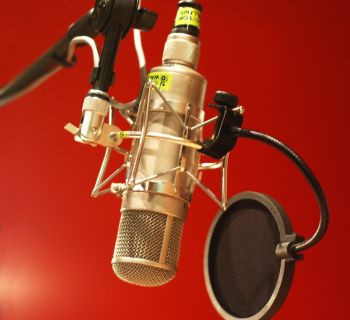 At the risk of offending every voice actor in the country, the role of Voice Over has been described as “bumping the gums” and getting paid for it.  Please smile and take the comment with the whimsy intended.

However, one has to admit it’s an adequate answer to the question What Does Voice Over Do?

It seems unfair to lump all voice overs together under one title especially when the role varies with each job.

In one instance the Voice Over might be delivering a single word like a brand name. Another could be voicing a one-hour special on the mating habits of the southern “bar fly”.

A borrowing from early movie making

The job title of Voice Over had its origins in Hollywood. As the film industry moved from the silent era into “talkies” those scenes where an actor was heard speaking but not seen on camera would be described as Voice Over Picture.

As time passed the description was abbreviated to Voice Over and indicated on scripts as V/O. Scenes, where the actor is visible on camera while talking, are known as 100% sound.

The television industry adopted the phrase. Even radio got in on the act using the script direction as Voice Over Music & Sound Effects often seen as V/O music & sfx.

So what’s the best way to satisfy the inquiry of What Does Voice Over Do? Well without appearing to be trite the answer is whatever the script requires.

The directions on the script, as interpreted by the producer will dictate what sort of performance the voice over will attempt to deliver.

It is vital the talent chosen is equipped with the vocal range and voice characteristics necessary to achieve the desired result.

Media Group, the business audio specialists understand the challenges faced when choosing voice talent. So the Media Group website has been created to make the process of choosing the right voice a simple, foolproof procedure.

For accuracy and convenience, everything happens online. Begin by listening to actual sample recordings of the voice artists. Refine your voice choice under the classifications of gender, age group, style, and country.