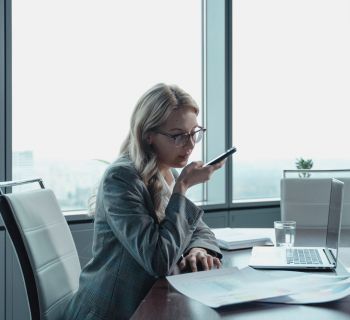 Rock ‘n Roll aficionados believe the appeal of their music genre lies in the perceived similarity between the beat of the music and the throb of a mother’s heart.

Think about it. While occupying a womb there is an audio onslaught upon a developing embryo’s sense of hearing.

The sloshing and gurgling of bodily fluids and gasses underpinned by the reassuring tones of Mum’s voice and the relentless beating of her heart.

Some will argue this cacophony fertilises the innate seeds for the urge to dance. Later it blossoms into strange desires to move and sway to the beat of the music. Primitive emotions teased free from the dark recesses of the soul.

Others will grasp the significance of the conditioned response to that cosy environment and the familiar voice.

Trust in a new world

If the trust was a traded commodity it would outpace bitcoin in any market. In our post-Covid-19 world, we operate remotely. It’s a place where we don’t even shake hands. Here the power of a familiar, trustworthy voice is priceless.

A practical side of that power is seen in selecting your On Hold Message Voice.

The human voice is a remarkable instrument. Each is unique in timbre, tone, accent, and intonation. Just as every fingerprint is a one-off, the voice is similarly single

Gender aside, when looking for the voice to best portray the public persona of your organisation you’ll have in mind certain characteristics you wish to hear in the voice.

To fully exploit the power of familiarity, the same voice artist(s) can be used to record your audio requirements for telephone, internet, radio, TV, promos, and videos.

As well as the On Hold Message Voice you can record the company’s Welcome Greeting, the After Hours Message, Voicemail, and more using the same voice.

Media Group AU, the business audio specialists will take you through the step-by-step process of auditioning voices, arranging quotes, writing and approving scripts.

Best of all everything happens online so it’s convenient and foolproof. To get started you can even have a “free demo” recorded by your preferred voice talent.

It’s a major decision. You’re choosing a voice to represent the company’s products and services. Get the ball rolling by listening to samples. www.mediagroup.com.au