On Hold Music For Business 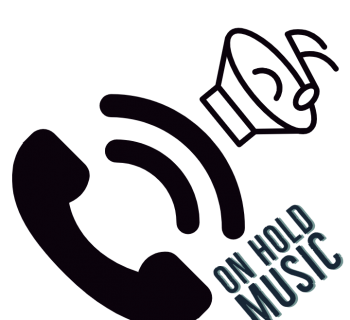 Music to boost your bottom line

In the history of man’s endeavours music has always played a key role. From pre-historic times when hollow logs were used to beat out a message across the miles. To the inspirational sound of the fife and drum driving a ragtag colonial army into battle against a mighty empire to win independence for the United States of America.

Today music pervades every nook and cranny of human existence. No longer limited to a communication role or helping advancing armies remain in step, modern man exists in a sea of sound.

Music attributes are credited with the mystical power to calm the savage beast. Even the science of Psychology has been employed to aid the development of mood altering “muzak” to lull shoppers into a buying frame of mind.

Probably the most invasive and obviously effective use of music is heard in the promotion of products and services. It goes far beyond the catchy advertising jingle.

A subtle extension of this is the way companies exploit music’s time suspending quality to keep callers on the telephone. We witness this in the carefully crafted programmes that form an integral part of On Hold Music For Business.

Choosing the sounds of success

It would be easy to overlook the ability of music to help reduce the number of callers who hang up when placed on hold. However, the evidence is undeniable.

In a US survey with a sample of 30,000 callers, the use of music only in an On Hold program revealed that in the first minute just 13% decided to hang up the phone.

This showed a dramatic decrease from the 52% of callers who hung up the phone when placed On Hold with no music. The best results came with a combination of music and messages. When the On Hold program included both music and messages the number of callers hanging up was reduced to just 2%.

Media Group, the audio specialists, know the most effective way to keep callers on the line is by using an On Hold program created just for you. One that incorporates music of a genre that appeals to your customer profile coupled with informative messages about your products and services.

To hear how your company’s On Hold program should sound, head to the Media Group website and click on the button labelled “free on hold demo”.

You will soon be humming a happy tune all the way to the bank. Go to www.mediagroup.com.au