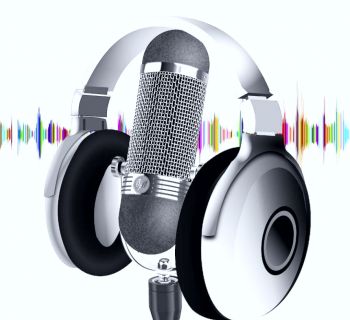 In pre-Covid times, it was hard to keep Aussies at home. I don’t mean “lock down” style, I refer to my fellow countryman’s fixation with overseas travel.

As one of those itchy-footed Antipodeans it was always a joy to find other fellow countrymen out and about in Europe, Asia, India, America, the Mid East or wherever the wander lust had steered them.

More than once it was the voice that alerted me to the origin of my fellow travellers. There amid the embattled dipthongs of the tortured English language came that reassuring nasal tone so distinct in an Australian Voice.

It’s amazing how in a nation of immigrants a sound has been developed that is homogenous across speakers of a variety of tongues.

If you’re in Melbourne you’ll hear that sound emerging from a face as Greek as Aristotle. Or perhaps it will emanate from a more recently arrived group of Chinese students or Sudanese refugees.

Head north from Victoria to the cane farms of Queensland and witness the full blown Aussie accented language prevalent in the Italian community.

Apparently the Australian Voice is more infectious than the “Delta Strain” of that pesky virus.

Advertisers in Australia took until the early 1970’s to recognise the validity of the accent. They also realised the powerful persuasiveness and familiarity that sound gave to their products.

Until that time the broadcasting industry shunned the distinctive character of an Aussie’s everyday speech. On radio and TV we only ever heard the rounded tones of what was branded “Educated Australian”.

Where do you get it?

If ever there was an inbuilt barrier to admitting how Australians spoke their own language it was the undermining sentiment of inferior intelligence associated with the “Ocker”.

When Paul Hogan fronted a TV campaign for Winfield cigarettes he almost single handedly started the revolution that introduced listeners to the real sound of the “land of Oz”.

Along with the efforts of John Singleton’s ad agency SPASM, that familiar street sound started to appear in spots for furniture retailers, bottle-shops, tire retailers, and book shops.

Today we are accustomed to hearing the voices of Australians of all ages promoting products. In fact, the market place demands the authenticity that an Aussie accent lends to any TV or radio spot or even the telephone On Hold Program.

At Media Group, the business audio specialists, you can be sure you’ll find the perfect voice for your next promotional campaign. www.mediagroup.com.au