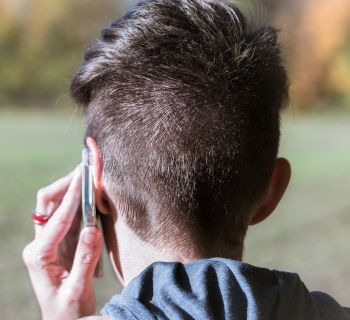 There are no free rides in life. If that sounds like something you heard on TV in the Dr. Phil show, it might have an element of truth.

However, like most of the good doctor’s misconceived advice, it’s probably based on a flawed premise sourced on Wikipedia.

Along with a desire for all-encompassing cures to everyday challenges, Phil’s only interested in the one-shot cure. The global panacea. That’s what makes good reality television. Let’s face it viewership ratings always outweigh logic.

You’ve probably got a good example of another misconception. The one based on getting Free Music On Hold for your business’ telephone system.

The free ride has left town

Not all that long ago in fashion boutiques, workshops and offices, music was played all day and nobody paid. Just plug in a radio or CD player and let it rip.

Of course everybody was breaching the laws governing copyright but no effort was made to police the lawbreakers. It was filed under “w” for who cares.

To get Free Music On Hold people just ran a lead from the radio/cassette/CD player into the telephone system.

The arrival of collection agencies like APRA/AMCOS marked the end of the days of the free ride.

New sheriff on the beat

At last the musicians and publishers were able to get some compensation for the rampant exploitation of their creative endeavours. Businesses became liable to pay annual fees for music played or performed at the workplace.

APRA/AMCOS introduced a schedule of charges based on an organisation’s size and inspectors were appointed to check compliance.

This move coincided with the advances being made in telephone technology and the increasing sophistication in telephone On Hold programming.

Businesses recognised how effective a professionally recorded On Hold program can reduce the number of callers who hang-up instead of staying on the line.

By combining informative messages with appealing music tracks from a library of Royalty Free Music, it is possible to have it all. You don’t have to miss out.