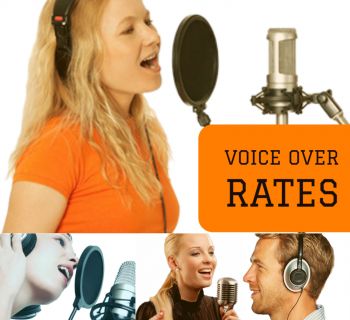 The question of pricing a voice is always confusing. There seems to be an endless number of variables in Voice Over Rates Australia wide.

These variants are based on the planned use of the voice recording as much as the length and style of recording.

As expected voices for use in Television and cinema commercials attract a higher rate than those for radio, internet, and corporate videos.

Rates vary to reflect audience numbers in metropolitan, regional, and rural markets. And are negotiated on a per product, per hour, per medium, and per track basis.

During the halcyon days of trade unions, there were fewer voice artists and the Voice Over Rates Australia to which people were accustomed to were more standardised.

From 1920 Actors Equity of Australia was the trade union representing actors and other performers including voice over artists.

In 2006, a fourth section was created with the incorporation of the Symphony Orchestra Musicians Association.

In the pre-internet era, things were simpler. Now just interpreting the Commercial Voiceover Industry Rate Card is challenging for any number cruncher.

PRICING BASED ON WORD COUNT

Today in Australia there is no one size fits all when it comes to pricing voice work. Not all the people doing voice overs are members of MEAA so the Voice Over Rates Australia uses do not all conform to the Alliance’s guidelines.

The base helps simplify the pricing structure especially with longer recordings such as corporate video work, e-learning projects, and telephone On Hold programs.

MORE THAN ONE WAY TO SKIN A CAT

The Voice Over Rates Australia is familiar with these days attracts a variety of loadings. For example political announcements. Especially when the voice-over artist is required to be identified by name.

Voice artists may be required to perform character voices. That means recording in a voice other than their usual delivery. In these cases, a loading of 100% is incurred.

Other situations where loadings arise include recordings for use inflight or at Point of Sale, Trade Fairs, and arenas. Alcohol advertising is another instance where a loading may apply.

When you have a project that requires a voice artist,  the best solution is to take advantage of the Media Group offer of a Free Online Quote.

Simply head to the website and in a couple of clicks, you’ll be able to get an accurate price, as well as confirmation of the availability of the voice-over you, wish to hire.